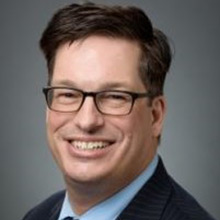 Gary Shaffer, Ph.D. is the Director of Library, Arts & Culture at City of Glendale, California and teaches LIM 563: Partnerships and Collaborations in Libraries in the Library and Information Science program at the Marshall School of Business. He is the former chief executive officer of the Tulsa City-County Library. Shaffer received his Ph.D. in Managerial Leadership in the Information Professions from Simmons College in Boston and holds a Master's in Library and Information Science from the Pratt Institute in New York City, a Master's of Professional Writing from the University of Southern California in Los Angeles, and a Master of Laws in Intellectual Property from the University of Turin School of Law in Turin, Italy. He previously served for four years on the board of the Public Library Association. In 2006, he was named a Library Journal Mover & Shaker: One of 50 people shaping the future of libraries. Prior to working in libraries, Shaffer supervised Fortune 500 accounts for various advertising agencies.