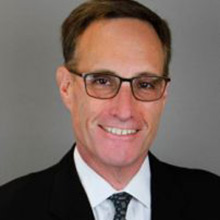 Harris Smith - President of the Board of JVS of LA

Harris Smith is a retired audit partner with Grant Thornton and served clients across a broad array of industries over his 40-year career. Smith began by studying at the University of Baltimore where he obtained his BS in Accounting. Smith's time with Grant Thornton took him from Baltimore to Los Angeles in 1989 and then to San Francisco where he became Managing Partner. In 2002 Smith became the West Region Managing Partner at Grant Thornton. Come 2005 Smith relocated back to Los Angeles where he resides today. In 2009 Harris Smith transitioned back into a client service role. He currently is the President of the Board of JVS of LA, a member of both the California Society & the American Institute of CPA's. Smith has served on various other community boards.